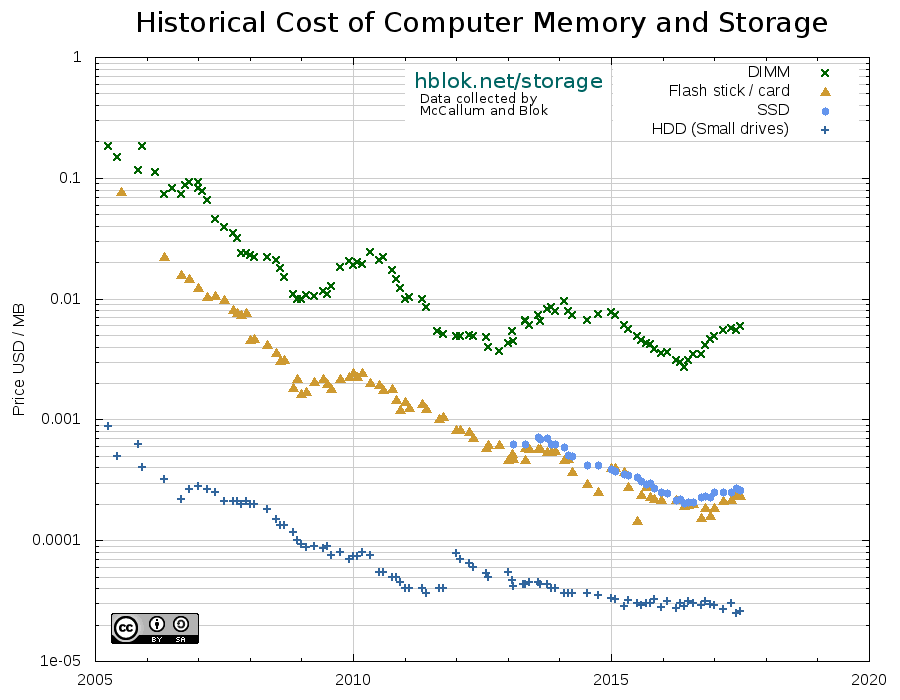 John C. McCallum has done an excellent job in collecting all the data over the years, going back to computer magazines for reference. I’ve continued this work, and published the data and graphs here. Most of the data prior is collected by McCallum, with some points after January 2013 added by myself (the source is marked in the data files linked below). For McCallum’s original data sets, see his web site [magnetic, memory, flash].</p>

Following McCallum’s example, I’ve continued to use the “lowest priced [items] for which I could find prices at the time”. Over the last years, the main source has been the USD price at NewEgg.com. Their, prices are generally stated free of shipping charges, but sometimes with “rebates”, which is probably more marketing than a special reduction in price. A new price point is added every one or two months.

If you would like to investigate the details of the data, or reconstruct the graph, the raw data files and Gnuplot script are available here.

McCallum’s original copyright notice was simply “You can use the contents here. Please acknowledge the source”.